Well, coincidence would have it that today I got a chance to try MAP 9.0 beta out at on a customer engagement, and so far it’s looking solid. If you are familiar with MAP, refer to my previous post about the MAP 9.0 Beta to get an idea of what it is capable of.

The setup isn’t dramatically different to previous MAP installs, and it’s pretty much the same size download at just over 70MB, so you don’t have to worry too much about the impact it will have on your connection. 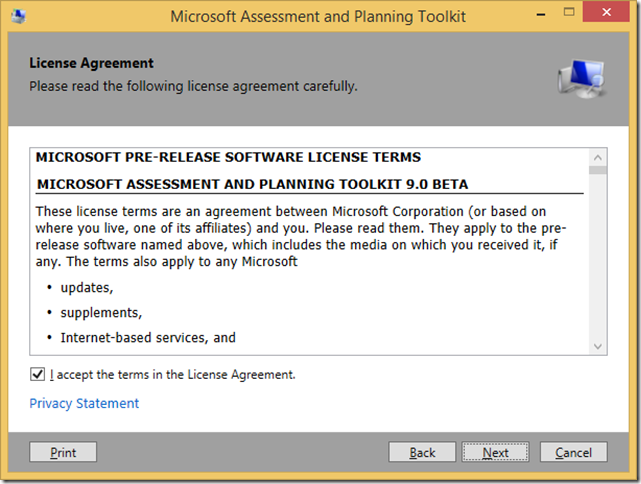 It’s clearly called out that this is pre-release software, so for the sake of customer concern you may want to run the release version of 8.5 as well.

So far no surprises in the interface, choose where you want it to be installed. Bear in mind that SQL may also need to be installed, so you need to have adequate storage space available.

Stick with the recommendation, any data that is supplied back to the MAP team ensures that they can keep delivering great releases in a very aggressive timeframes for such a small team. 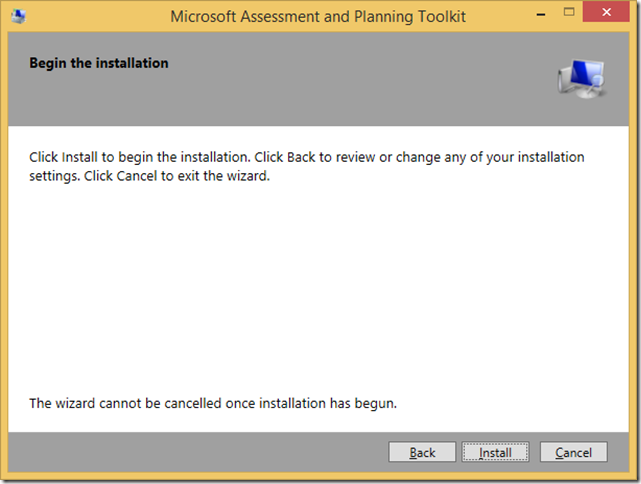 You are now a the point of no return, at least if you hit the install button. You can go back to previous screens before you do that though.

Installation should be quick and painless. 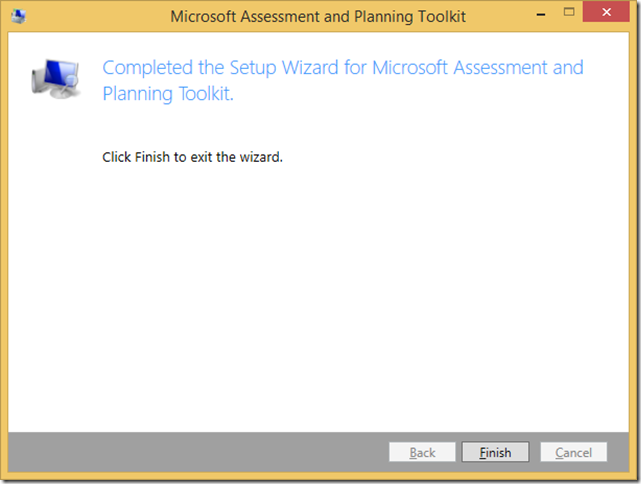 And in this case it certainly was.

I’ve omitted a couple of screens so that you couldn’t see anything too sensitive about the customer environment, but here is the Data Collection screen in action. You can see the initial options I’ve chosen for collection – WMI, Registry, AD, SQL, PowerShell, SSH and VMware, and the object counts against those collectors. You can also see that most of the machines were discovered by AD discovery, but there are still almost 100 that were identified through the usage of Windows networking.

This is going to run for another couple of days to allow more data to be collected, but you can see that it’s already collected a large number of objects which will help in the upgrade planning for the environment.