This post started off quite differently from what it has ended up as, thanks to some changes that were occurring behind the scenes part way through writing and capturing screenshots. The original goal of the post was to show how you could easily use the Nokia Software Recovery Tool to reset your Lumia back to the Windows Phone 8 base image for those of you running the Developer Preview (DP) to get Cyan on their faster. The available images include the customised images for various mobile operators around the world, not just the non-branded releases.

It was a multistep process – use the tool to restore, lose everything, and then update to the 8.1 Update with Cyan, and then restore. Notice that I said “lose everything” – of course this doesn’t happen if you have backed everything up, but more on that later. Now some of the phones are already receiving the 8.1/Cyan combo directly through the tool, making life a bit simpler.

No version decrement this time round using the tool, and no need to check for updates after the process was complete.

I had already used this tool to reset a 520, 620, 720, 920, 925, 1040 and 1520, but it was only when my wife allowed me access to her 1320 (Australian) that I immediately noticed that I wasn’t changing build numbers within the Nokia tool. As I went back through the tool I noticed that some had been updated directly to 8.1 with Cyan, which I completely overlooked, and the way I was able to verify this was by connecting the phones up again and seeing if any new packages were downloaded. The Lumia 925 (Australian) was the first success story, as displayed in the image below. 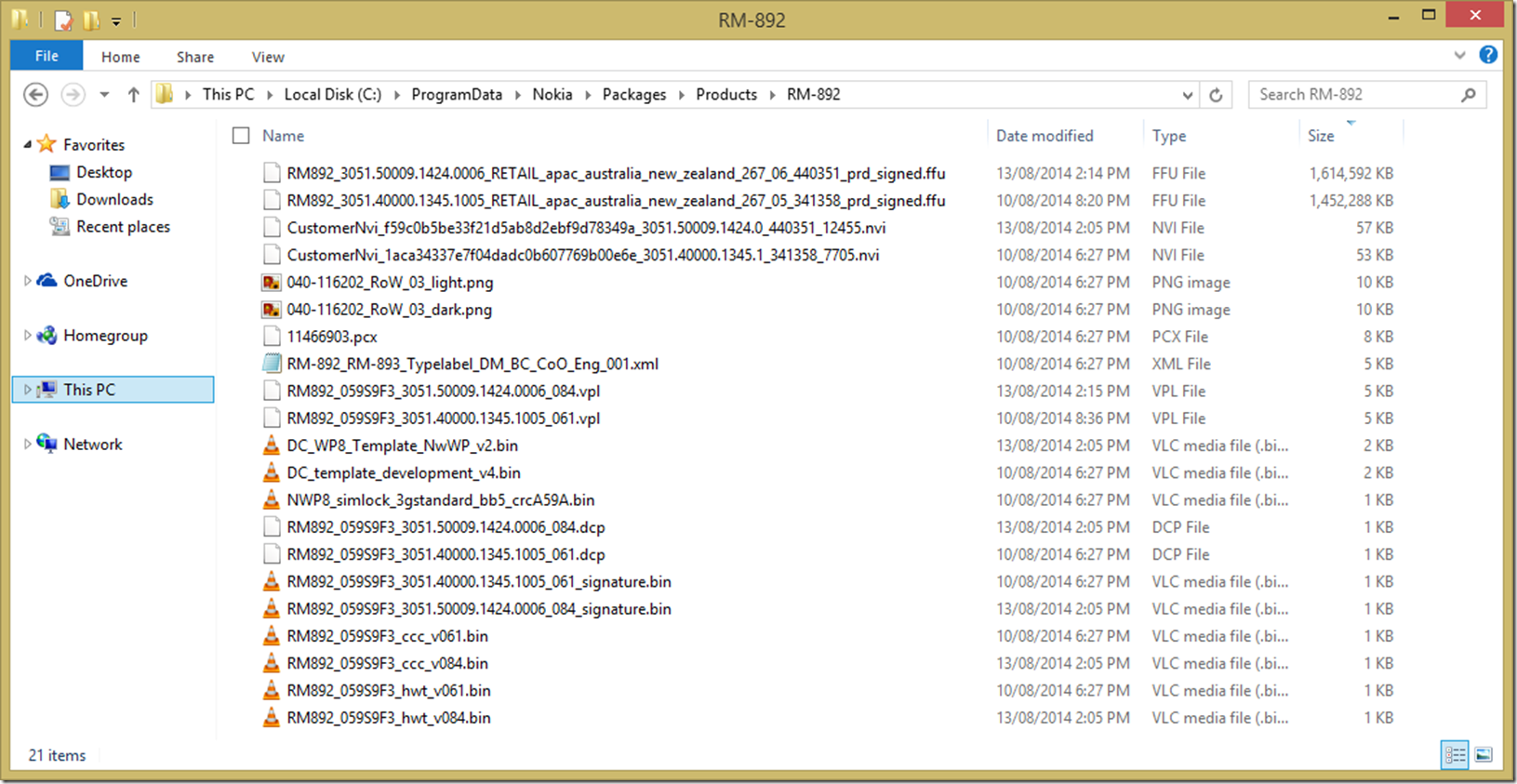 The top 2 files show that in a new image update was released for the RM-892, or what us regular people call the Lumia 925

The next phone I was able to get an updated image for was the Lumia 1020 (Australian), and the Nokia tool showed this was the case straight away as the version numbers of my manually updated 1020 matched what the recovery tool downloaded and installed.

If we take a look in the RM-875 aka Lumia 909 aka Lumia 1020, we can see the updated image alongside the previous image

The newer download at the top is bigger than the previous one, which obviously means it’s better!

Next I tried the Lumia 1520 (Latin America), and was again rewarded with a new download that included WP 8.1 Update and Cyan. 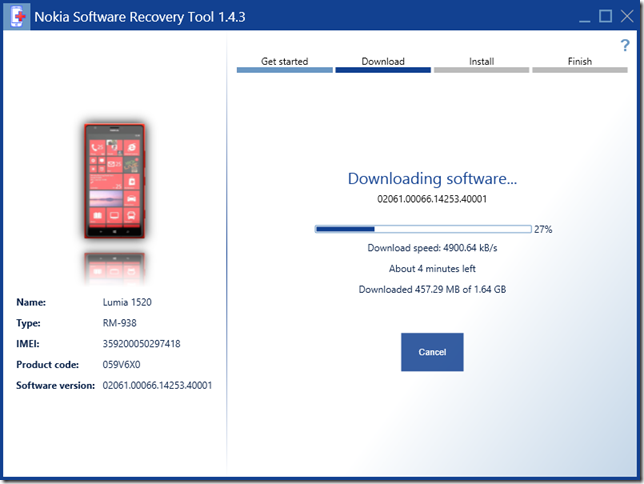 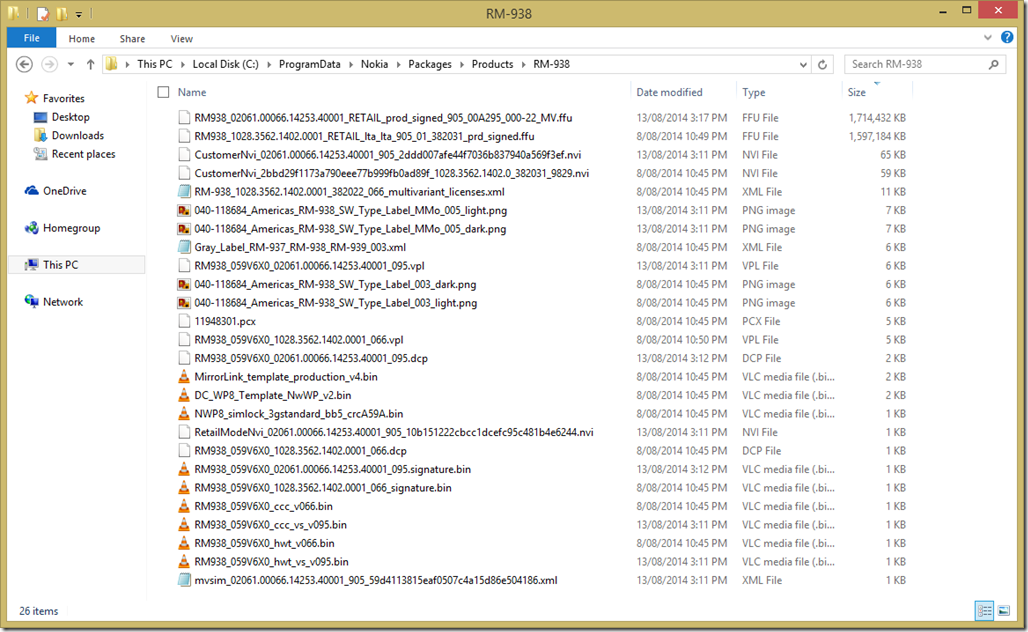 And again we see the new build at the top, which has been made available at some point in the last couple of days.

So what phones in my collection didn’t succeed getting WP8.1 and Cyan installed directly with this tool? A Lumia 720 (LATAM), Lumia 920 (Telstra) and Lumia 530 (Telstra), but considering that these aren’t showing as updateable to Cyan yet on the Nokia update pages, it isn’t a surprise that they weren’t getting updated images through this tool yet. I’ll keep an eye on the Nokia pages before I try again, unless I’m incredibly bored.

Where would you use this tool rather than doing updates over WiFi? The main reason I use it so that I’ve got a locally cached copy of the image to apply, which can save a bit of time when you’ve got a handful of phones to reset regularly. For IT departments this is a great way to do updates for multiple users, as the images won’t be causing network traffic as the updates are downloaded. Take a look at the variability I encountered in download speeds with different phone updates. 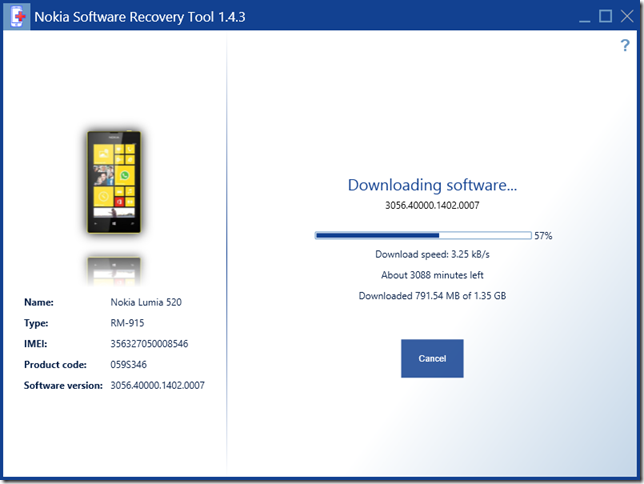 Now, earlier I mentioned that it’s important to note that you need to back up the appropriate files and settings before you run this tool with your phone attached, so I will cover some details of that in my next post.